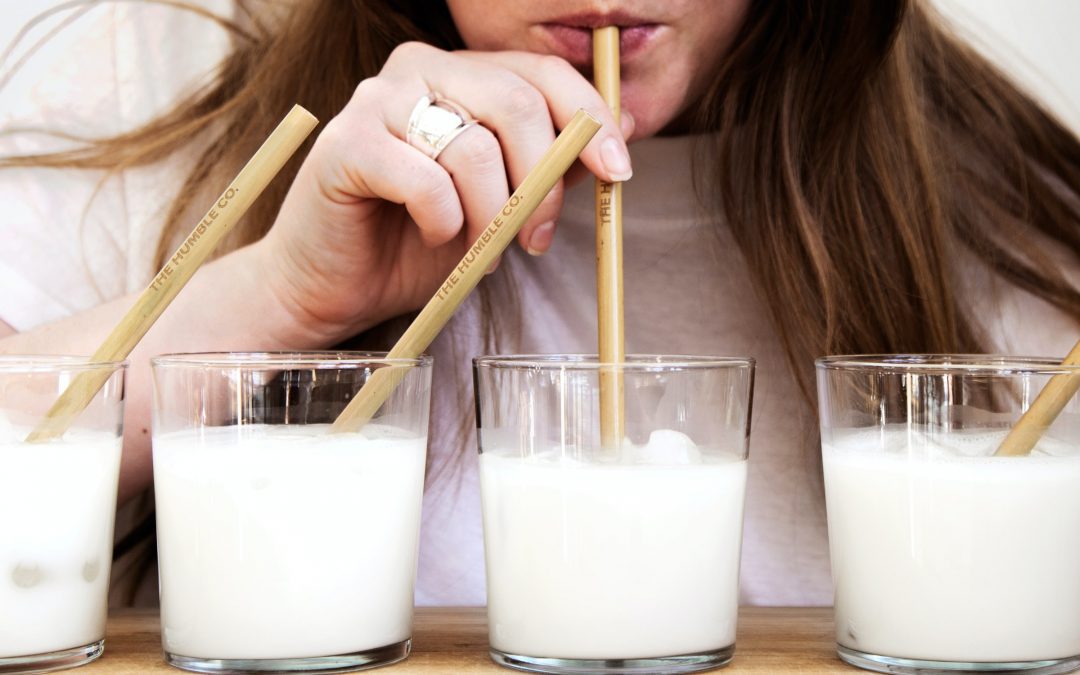 Which Type of Milk Is Right For You?

Once upon a time milk solely came from cows but now supermarkets are packed with enough milk alternatives to curdle your brain. This post weighs up the nutritional benefits of the most popular varieties.

We all know calcium is an essential bone-building mineral and cow’s milk is one of the richest ways to reach your recommended daily dose. Cow’s milk also provides a unique package of over 10 essential nutrients, including protein, vitamin D, vitamin B12, zinc, magnesium, and also has a low glycemic index (GI), which is important for managing blood-sugar levels.

Label Watch: Per cup (250 ml), full-cream varieties contain almost 10g of fat (5g of which comes from saturated fat), which is unlikely to be an issue if your intake is low. However, 2-3 glasses per day can increase your overall saturated fat and calorie content of a diet – an important factor to consider when it comes to keeping cholesterol levels and heart health in check.

Unless you have a medically diagnosed lactose intolerance, you don’t have to cut out dairy and a few glasses a day (250 ml) can be part of a balanced eating plan.

Reduced-fat milks are slightly higher in calcium and protein than regular milk, and does not have added sugar as commonly perceived.

The down side? You’ll absorb less of the nutrients in milk without the fat, particularly the fat-soluble vitamins such as vitamin D, A and E.

Label Watch: If you’re watching your waistline, reduced-fat or skim varieties contains a lot less fat (0-3g), which will help to control your calories and fat intake. However, dietary fat also slows down digestion which gives a lasting feeling of fullness, and studies have found that when people reduce how much fat they eat, they tend to bulk up on other calorific foods, including refined carbs (starch) and sugar.

If you’re looking to get closest to cow’s milk, soy milk is your best bet, just because it has more protein. Made from soy beans, this milk provides one of the highest sources of plant protein and has modest amounts of fibre. However, there are many controversial issues surrounding soy milk, in particular isoflavones (a type of phytoestrogen) thought to have a protective effect against some cancers.

To date, the evidence is not strong enough to recommend that all women with a history of breast cancer eat more soy. However, soy foods do appear to be safe, and possibly beneficial for female breast cancer survivors.

Choose calcium-fortified brands and look for unsweetened varieties, as well as varieties made from whole beans, rather than soy protein isolate.

Made from ground almonds and water, this milk is rich in vitamin E – a key nutrient for cell regeneration in the body. This milk quite low in kilojoules and saturated fat compared to cow’s milk and other dairy-free varieties. The protein in almond milk is also relatively low compared to cow’s, so if you’re whipping up a smoothie, opt to add other protein-rich sources such as nut butters.

While almonds themselves are a good source of fibre and protein, almond milk contains skimpy amounts of these nutrients.

Made from a mix of oats, water or oat flour. It has a lower fat content and contains cholesterol-lowering beta glucans. The protein content is relatively low compared to soy and cow’s milk.

Label Watch: Opt for calcium-fortified varieties and unsweetened varieties. If you have an allergy or intolerance to gluten, oat milk is not recommended.

Made from brown rice and water, rice milk is the least allergenic of all non-dairy milks, making it a good choice for people with lactose or nut allergies.

Nutritionally speaking, rice milk doesn’t bring too much to the table. It’s low in protein, while containing significantly more sugars and carbohydrates — making it a high-GI food. So it’s the least desirable choice for people with diabetes or people who want more protein, such as athletes or the elderly.

Label Watch: Look for brands that have been fortified to boost calcium levels. Team with protein-rich foods, such as eggs or nuts, for a balanced meal.

Not to be confused with coconut water or canned milk used in sauces or curries, this milk is made by blending water and coconut milk squeezed from grated coconut flesh. It has very low protein and next to no calcium compared with other milks. It also has an incredibly high saturated fat content, which has been linked to raising bad (LDL) cholesterol levels — a risk factor for heart disease. However, we know that the saturated fat in coconut is probably not as detrimental to cardiovascular health as we once thought, but I still I recommend watching the amounts you consume.

Label Watch: Because of coconut milk’s high saturated-fat content, it’s recommended to be enjoyed in moderation.

Choose dairy free milks that are fortified with at least 300mg calcium per 250ml (1 cup) – this will help you meet more than 30% of your daily recommended dietary intake in each serve.

Image credit: Photo by The Humble Co. on Unsplash

This article was originally published in Fernwood magazine and adapted with their permission.